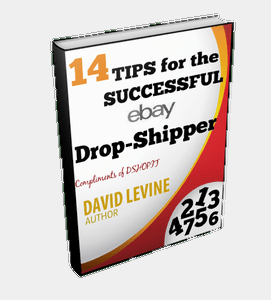 It goes to say that everyone loves the Beatles; but do you know you can actually learn business lessons from them? As the saying goes,’ you can buy everything except for love.’ The fantastic four conquered the music scene, but beyond that, they actually have something for business gurus and aspirants alike.

They wanted to be at the top and like everything else in the world; rejections were also part of their struggle. In the world of business, the lesson here is to never be afraid to reach for your goals and express them out loud. Another strong point that you can take from The Beatles is how to employ the right set of individuals, whether you’re running a small group or an empire.

It was said before that John Lennon was actually hesitant about attaching the Paul McCartney band. They say that he was afraid of how good McCartney was that he might just be overshadowed. In the end, he decided to let McCartney join, after giving it some thought, and look at the result-spectacular.  Be sure to get the opinion of everyone that’s part of your staff. Look at their interests and when making a decision, do not base it on our own convenience or preference, but instead on the overall interest of the organization.

The business secrets of the fab four

In a new book: “Come Together: The Business Wisdom of The Beatles” by Richard Courtney and George Cassidy, It is suggested that the beatles success was not due to random luck. They aimed high from the very beginning,  they  did not reach fame with a snap of their fingers. They went through hardships and along the way, their professionalism, as well as endurance were tested. Here are the core principles that helped the success of the band and these tips can help bussiness men and entrepreneurs to achieve success in their field:

Lastly, I want to share a lesson that will definitely help you in the field of business and that is to always learn something from a mistake. The Beatles went through a lot and made plenty of mistakes. But this did not stop them from becoming ‘great’ because they always learned something. One of their biggest mistakes was selling their rights, a mistake that was very hard to recover from over the years.  Although this was the case, the group managed to get back up even stronger. As they say ‘do not cry over spoiled milk.’

I hope that you were able to pick up important business lessons from The Beatles just like me and thousands of people around the globe.

This area is reserved for the author biography and must be edited for each site author. This setting can be found in the Biographical Info section, in the admin panel. If you wish to include links for the author's social networks, we recommend that you install the WordPress SEO plugin. After installed, it will appropriately create fields for each social network in the user administration panel. After filled, they will appear automatically here.